Through the Eyes of Orang Asli Children

A programme was launched to get the Orang Asli children ( ages between 8 –10 ) introduced to photography.
This would get the young minds to come out with their creative ideas using a simple digital camera and working within their surroundings. Three Orang Asli villages were selected – Pos Bersih outside Slim River, the Mah Meri in Carey Island and a village in Gombak. The Tok Batin of each village was asked to select four children ( two boys and two girls ) ages between 8 – 10. – Four professional photographers were in this programme – Soraya Talismail, Lee Hong Leng, Alan Ng and K.F. Choy. Each child, under the care of one photographer, underwent a simple introduction to the use of the digital camera. These covered the functions of the camera, the viewing side for the image, vertical and horizontal formats and the shutter release.
The photographers were only to accompany the child but not to tell what to take. The decision of subject selection was solely the child’s. FUJIFILM sponsored the simple digital cameras and printing of the pictures. 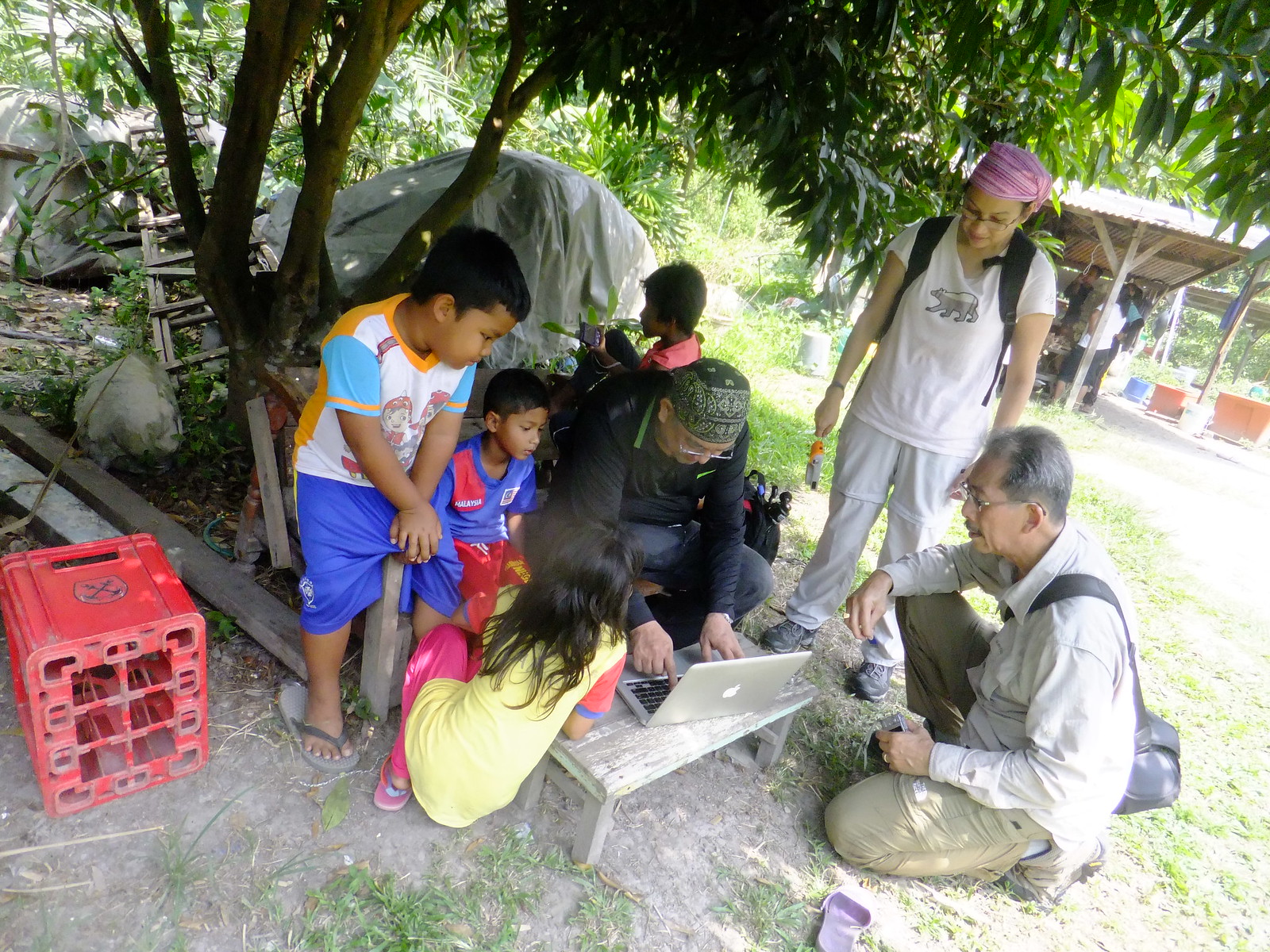