Through the Eyes of Orang Asli Children

A programme was launched by Sutra Foundation to introduce photography to Orang Asli children ( ages between 8 – 10 ). This would get the young minds to come out with their creative ideas using a simple digital camera and working within their surroundings. Three Orang Asli villages were selected – Pos Bersih outside Slim River, the Mah Meri in Carey Island and a group in Gombak. The Tok Batin of each village was asked to select four children ( two boys and two girls ) ages between 8 – 10. – Four professional photographers were in this programme – Soraya Talismail, Lee Hong Leng, Alan Ng and K.F. Choy. Each child, under the care of one photographer, underwent a simple introduction to the use of the digital camera. These covered the functions of the camera, the viewing side for the image, vertical and horizontal formats and the shutter release. I noticed that the children picked this up quickly. This was the first time they were handling a camera. They showed great interest and  very eager to work out their images. The children were well behaved. Listened to the advice from the Tok Batin and the photographers took over. 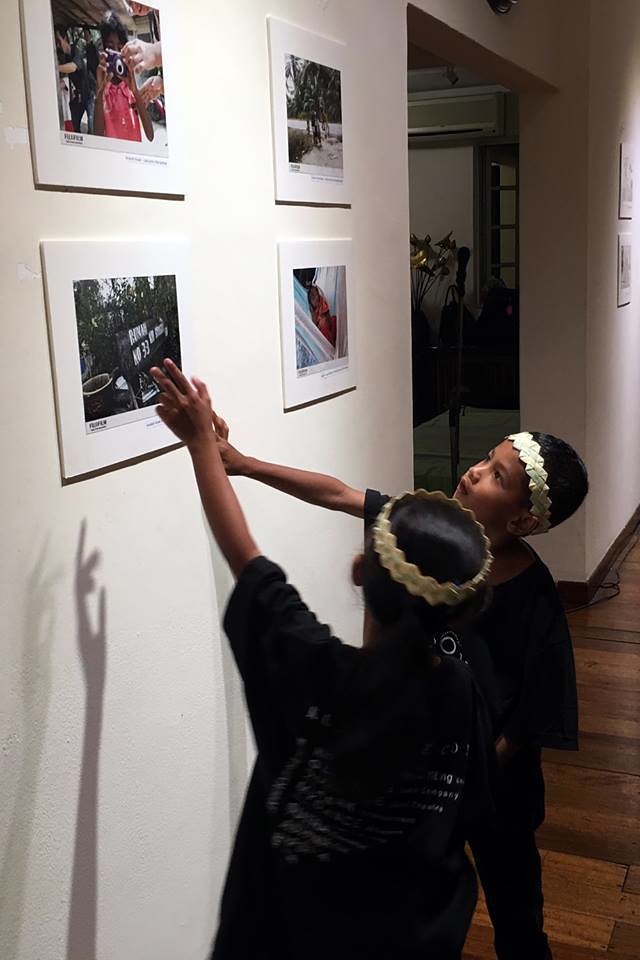 FUJIFILM sponsored the simple digital cameras and printing of the pictures. What these children needed was an encouragement and most important the belief that they can be creative. Of course, it is not 100 percent of the children of that age have a similar creative urge for photography.  Some, I am sure would excel in the drawing, painting and even music given the opportunity to learn. Using photography, we can see the child’s eye in recording what he or she had been fascinated with their village. They see many things day in and day out. Many of these images are locked in their memory. Some might draw them out or even paint. Give that child a camera and you find the young mind working. But to get the best out of the young photographer, it is important that the whole creative process is left to them. We leave the young child to select and decide what he or she wants to record. As a child they know that they must listen to the elders. A child of that age will listen to the adult, in this case a professional photographer that accompanied each child. But I feel when it comes to creative work, leave the child alone. Do not coax them into taking any pictures. 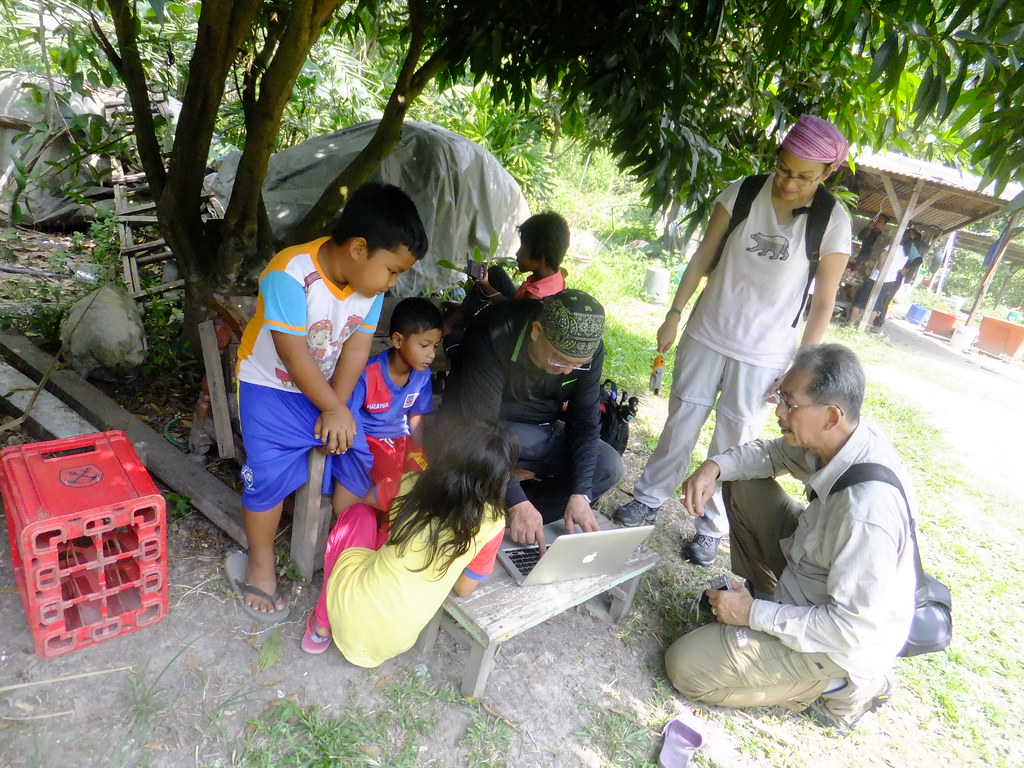 If they have their mind set on something to record, so be it.  Wait and see what is recorded. Then, perhaps, we too will learn form and design from them, not to mention colour and tonal ranges. Years of photography does not mean we know everything. If the child is shown something of interest he or she will not argue but listen. But tell the child to take what interests him or her. Minutes later they are on their own. Searching, reflecting and recording. This freedom to record what they like will result in some interesting images. This creative independence will give them that edge to express their view and why they took it. Do not expect a philosophical discussion. The child will speak of placements of objects, colour, shadows or maybe some story attached to the subject of interest. After the session when there is a short discussion between the child and photographer he or she will learn many things. They may be very young but they can be very sharp to see and understand. To be told what to photograph is not what they want. To them it is what you want. They do become sensitive but keep it to themselves. One has to respect their views and values as well.
When you look at the works of the 12 children, it is important that you must look at them as subjects that were within their environment. Nobody has shown them pictures of these in the first place nor did anybody photograph them for that matter. There was nothing for them as reference. Whatever pictures they would have been exposed to would have been family pictures or gatherings or pictures in magazines, school books and maybe TV. Just imagine the thrill in the minds of these children when they, now, can record their own pictures. See things the way they see it. It was a joy watching these children walking about, along the road, footpaths, in and around houses, vegetable plots searching and photographing images of interest to them.  Deciding and moving on and returning again just to have a second look. Following closely were the professional photographers. Keeping an eye so that the children do not take any risks. If the cameras gave some problems to help sort it out. At the end of the session you can see the glint in their eyes. They did something different. They in their own way recorded pictures their village.
Eric Peris