Amorous Delight is something different. The Sanskrit anthology Amarushataka had been given a new life through the dance by Sutra. Nobody in Malaysia had heard of this anthology before and suddenly here is this incredible voluptuous odissi production, which interprets the notion of love from an ancient poet. The audience was touched by the subtle and sophisticated reading from the concentrated visual and aural experience. The dance composition and direction by Meera Das and Ramli Ibrahim, the rich lighting design by Sivarajah Natarajan, the dancing by Sutra dancers – all contributed to the rich poetic interpretation. One is consumed with these layering of love in its many manifestations and erotic visual imageries. I must mention the incredible images created by Dr. Dinanath Pathy and also taken from the actual palm leaf illustration of the Sharanakula master, which gave this production that completion of a total experience.
A.Prathap (July 2016) 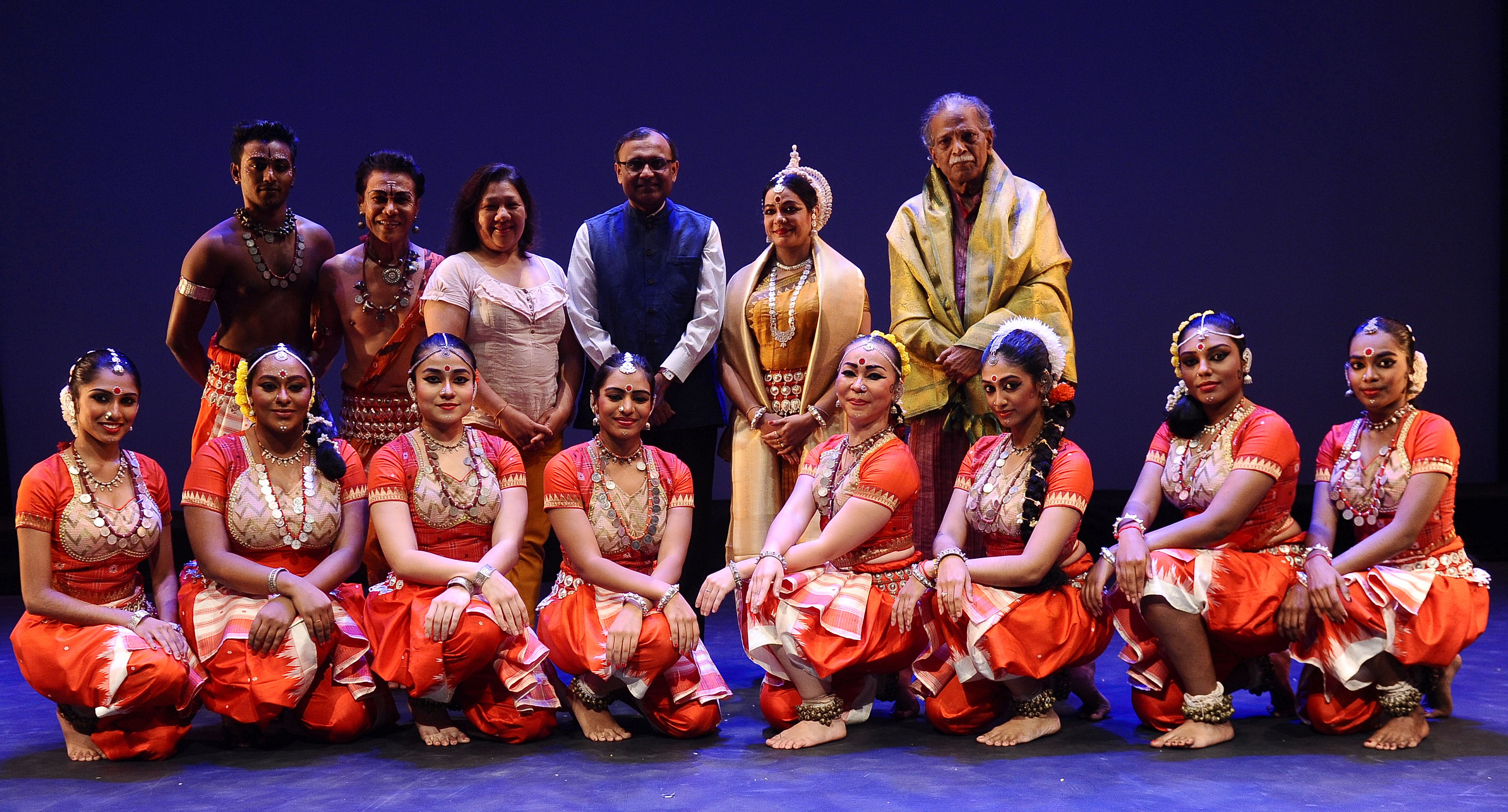 Frankly speaking, though I had a tiny role in Amorous Delight’s premiere in Cuttack in Meera’s Gunjan Festival in October 2015, I could not enjoy it then. I am still searching within me for reasons how the Sutra’s Amorous Delight at DPAC last evening (24 July 2016), lifted me to a grand aesthetic height – I enjoyed it sumptuously. Could it be the Midas’ touch of Ramli Ibrahim, the astute dancers, lighting design of Sivarajah Natarajan or the sensitive audience of Kuala Lumpur or even a Meera transformed? (I don’t like to emphasise my visuals in the backdrop). Dinanath Pathy (July 2016) 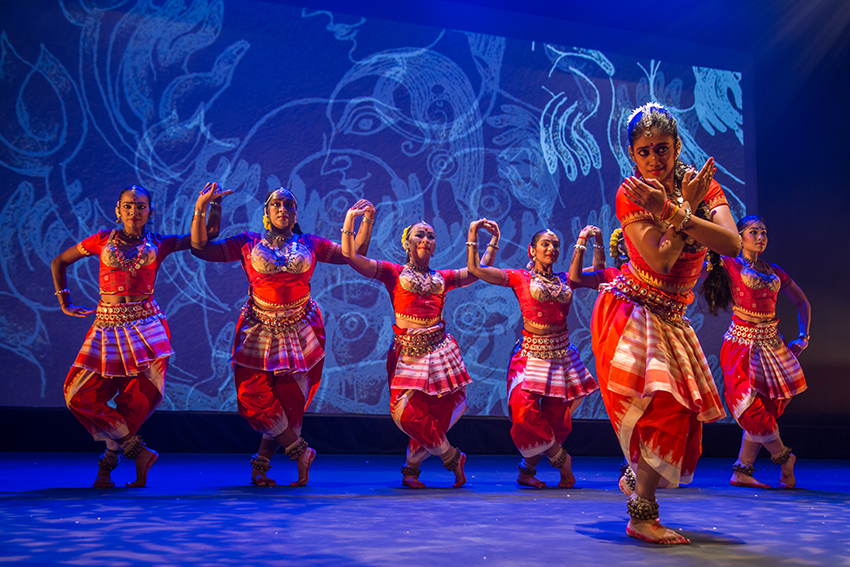 Amarushataka was a dream project for me. For Odisha audiences, I would be kind of nervous whether this production would be accepted or criticized. When we performed this on 20th November 2015 at Saheed Bhavan in the 19th Gunjan Festival, I did not receive any particular comment on my work… Just the general and overall reviews. At the same time, I would like to mention that when we performed it here for 5 consecutive days at DPAC (Damansara Performing Arts Centre), it was a fantastic experience. I received positive comments for my work from the audience from different fields. It was a wonderful experience working with Ramli ji and with all his dancers from Sutra. For me, Amaushataka means “never-ending emotions and passionate love… to be continued and performed everywhere and appreciated by everyone”. Thanks to Dr Dinanath Pathy, Ramli ji and all members of Sutra for the success of the production.
Meera Das (July 2016)